The Decorative Birdhouses of Turkey

Unraveling the mysteries of the universe and our world. There is more than meets the eye.
Post Reply
First unread post • 3 posts • Page 1 of 1

Turkish societies value animals greatly, especially birds which they believe bring good luck. The Turk's great love for the feathered species is demonstrated by the elaborate birdhouses they have built for sparrows, doves and pigeons to roost and raise their young ones. These small shelters are constructed high up and out of reach of humans and animals on the outer facades of mosques, madrasahs, libraries, houses, tombs, bridges, and palaces. The birdhouses, aside from providing shelter to birds, help keep the courtyard clean by discouraging birds from building nests randomly and polluting the environment with bird droppings. The birdhouses also fulfill a religious vision. It’s believed that if a person builds a bird house, he gains good deeds because the birds find shelter there.

During the Ottoman era, aesthetics was an important element. Many birdhouses built during this period looked like miniature palaces with two or three stories each with multiple protruding balconies, adorned with meticulously carved railings, elaborate door and window details, and crowned with a roof, dome and vault. The architectural details often reflected the style of that particular period.

Some of the earliest specimens of birdhouses in Anatolia date back to the 13th century. The Şifaiye Madrasah (1217-1218) of Sivas, the Slender Minaret (İnce Minare) Madrasah (1260-1265) of Konya and the Kutlu Hatun Tomb(1305) of Kayseri hold the oldest birdhouses known. The first birdhouses tended to be simple. The trend of building decorative and flamboyant shelters started only around the 18th century. Birdhouses built into the walls of the Ayazma Mosque (1760-1761), Yeni Valide Mosque (1708-1710), Darphane-i Amire (1727) and Selimiye Mosque (1804) are only a few examples of these rare specimens. 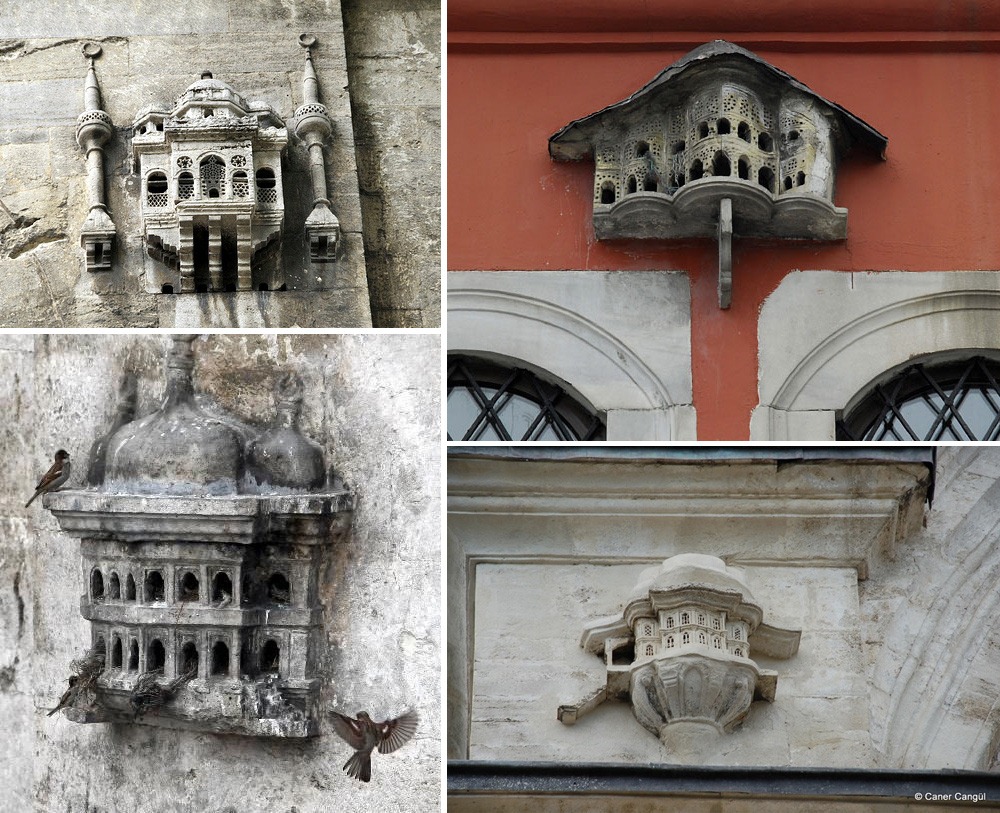 Wow. That's a really good idea actually. I have plenty of finches in my yard. This would be a really fun project.
Top
Post Reply
3 posts • Page 1 of 1