Between Barden Tower and Bolton Abbey in Yorkshire, England, lies one of nature's most dangerous booby traps. It’s a small innocuous-looking mountain stream, about six feet across, known as Bolton Strid, or simply the Strid. But below the water's surface is a deep chasm with powerful undercurrents that pulls anybody that falls into it to certain death. It is believed that not a single person who has fallen into the Strid has ever come out of it alive. Not even their bodies.

To understand how a small mountain brook can have such a dangerous reputation, take a walk upstream. In less than 100 yards, this “small” stream will have expanded to a substantial river 30 feet across. This is River Wharfe which runs through Yorkshire, but when it comes to the area of Bolton Abbey the river is forced through a narrow gap causing the water to gain tremendous speed and depth. The narrow gap on the Strid is only an illusion as both banks are seriously undercut. Hidden underneath is a network of caverns and tunnels that hold all of the rest of the river's water. Nobody really knows how deep the Strid goes. 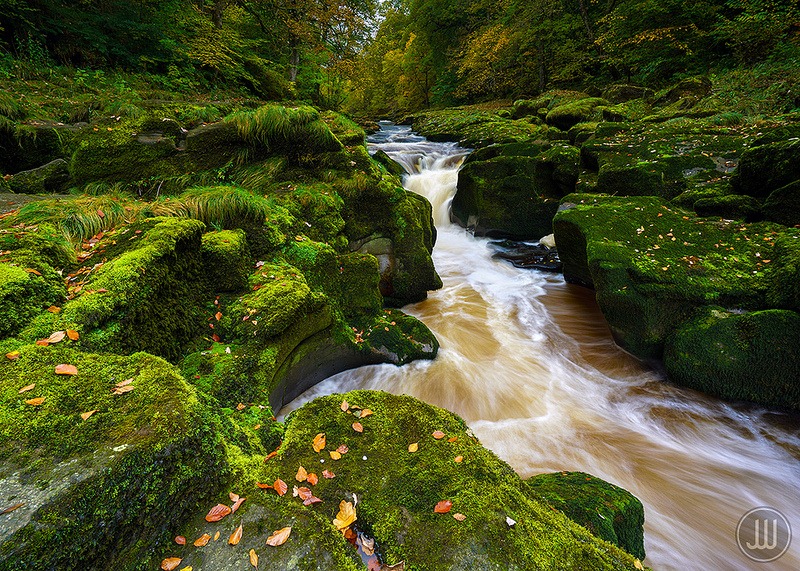 The Strid near Bolton Abbey.

The strid is so dangerous because it's deceiving just how dangerous it is. It looks non threatening and looks as if you could jump across it.

At one point the strid is actually a river, however when it hits the mountain stream area it narrows and deepens quickly causing it to pick up speed and power. There are many underground caverns and waterways that you can't see from above the water.

Many say it has a 100% fatality rate, though we have no way of knowing this for sure.

Wow. That's an amazing little piece of geographic knowledge. It doesn't look like its that big at all but looks can be deceiving as always.
Top
Post Reply
4 posts • Page 1 of 1