The Wild Horses of Namib Desert

The sparsely vegetated plains around Garub on the eastern fringe of the Namib Desert is no paradise. The land is barren, the climate dry and hot, and vegetation is few and sparse. Yet, over the decades, a group of a wild horses have managed to adapt to the harsh conditions and made the desert their home.

Numbering between 90 and 150, these wild horses are one of the most isolated horse populations in the world, and the only feral herd residing in Africa.

There are many theories as to how the horses came to the most unlikely of places. One plausible theory is that they are descendants of cavalry and riding horses which the German troops brought with them during their occupation of South West Africa. During the First World War, some of these horses may have escaped, or were released into the desert, or were left behind when the troops left in 1915. Eventually, the horses congregated in the Garub Plains around a borehole, dug to supply water to steam locomotives at the nearby railway station. A watering place developed around this borehole, and Garub became the central place of residence for the horses.

Another factor that helped the horses survive was the discovery of diamonds around Kolmanskop, near the port city Lüderitz, in 1908. The German colonials quickly sealed off the region creating a 350 square kilometer restricted area known as Sperrgebiet. Garub is located within Sperrgebiet. 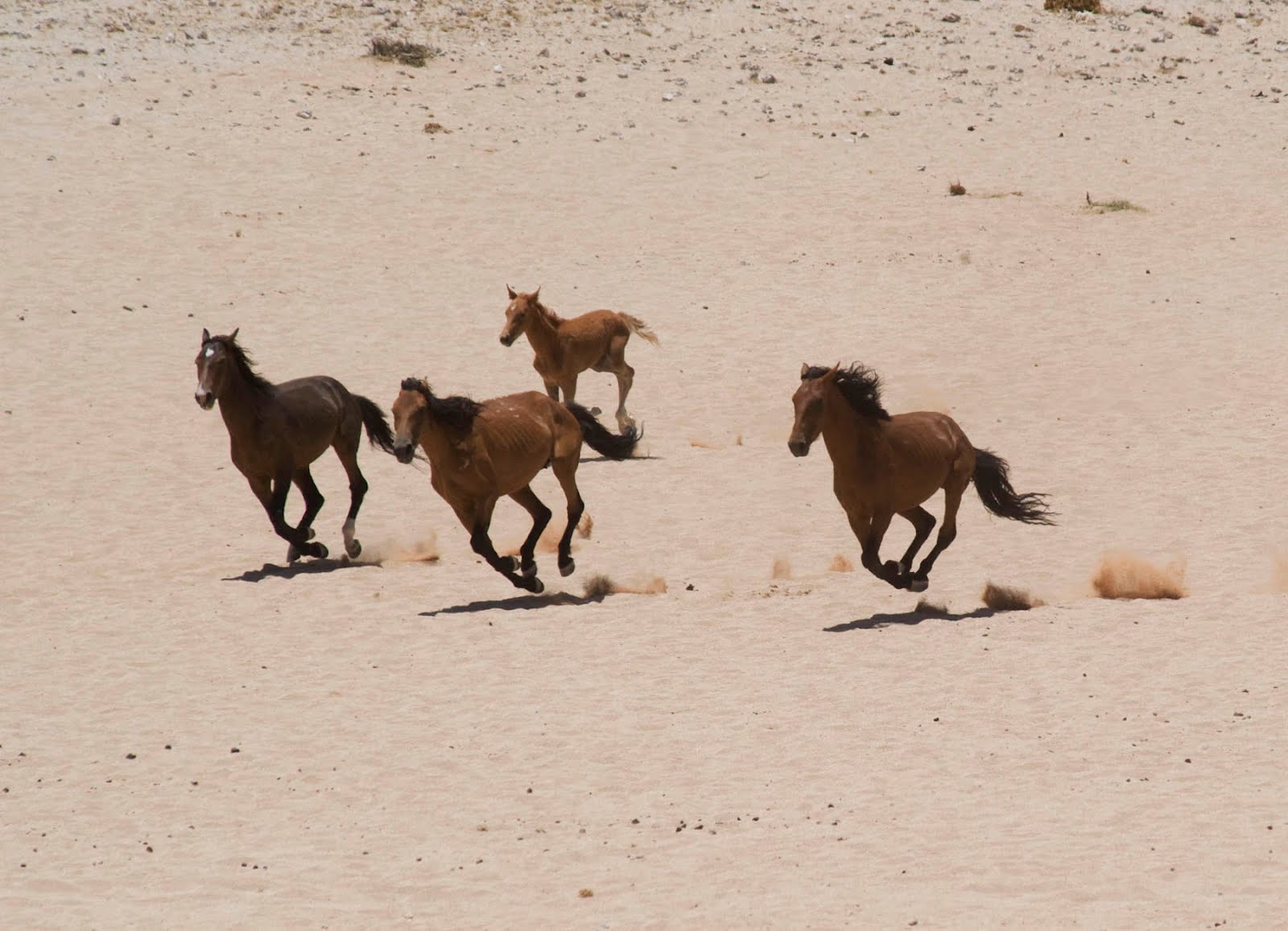 The horses have become one of the attractions in southern Namibia and thousands of tourists visit the Garub waterhole near Aus annually, to witness the horses galloping to the water across the Garub plains.

Just outside the town of Aus in Namibia one will see signs to the Wild Horses. Turn off the road and find a small shelter. From here one can watch the Wild horses as they wander across the desert to drink.
Top
Post Reply
3 posts • Page 1 of 1