Unraveling the mysteries of the universe and our world. There is more than meets the eye.
Post Reply
3 posts • Page 1 of 1

Alexander Graham Bell is best remembered for inventing the telephone, but the great Scottish inventor’s interests weren’t limited to just one field. Aside from his priceless contributions in the field of acoustics and telegraphy, Bell is also credited with the invention of the metal detector, the audiometer (an instrument used to detect hearing problems), and a device to locate icebergs. Bell and his associates investigated the possibility of impressing a magnetic field on a physical device as a means of recording sound—the basic principle behind tape recorder and hard disc—but could not develop a workable prototype. Bell also had a great passion for aeronautics.

Bell became obsessed with flight and began studying the possibility of building a kite large and stable enough to carry a man. His first innovation was the box kite, which he built by joining the sides of several triangular kites together to create a box-like structure. Bell realized that by sharing joints and spars, he was able to greatly increase the surface area of his kites with little increase in weight. Then he combined several box-like cells to create large pyramidal structure with three triangular sides and a triangular base. This geometric form, known as a tetrahedral, is one of nature's most stable structures. Although it looks pretty complicated, tetrahedral kites are very easy to fly. 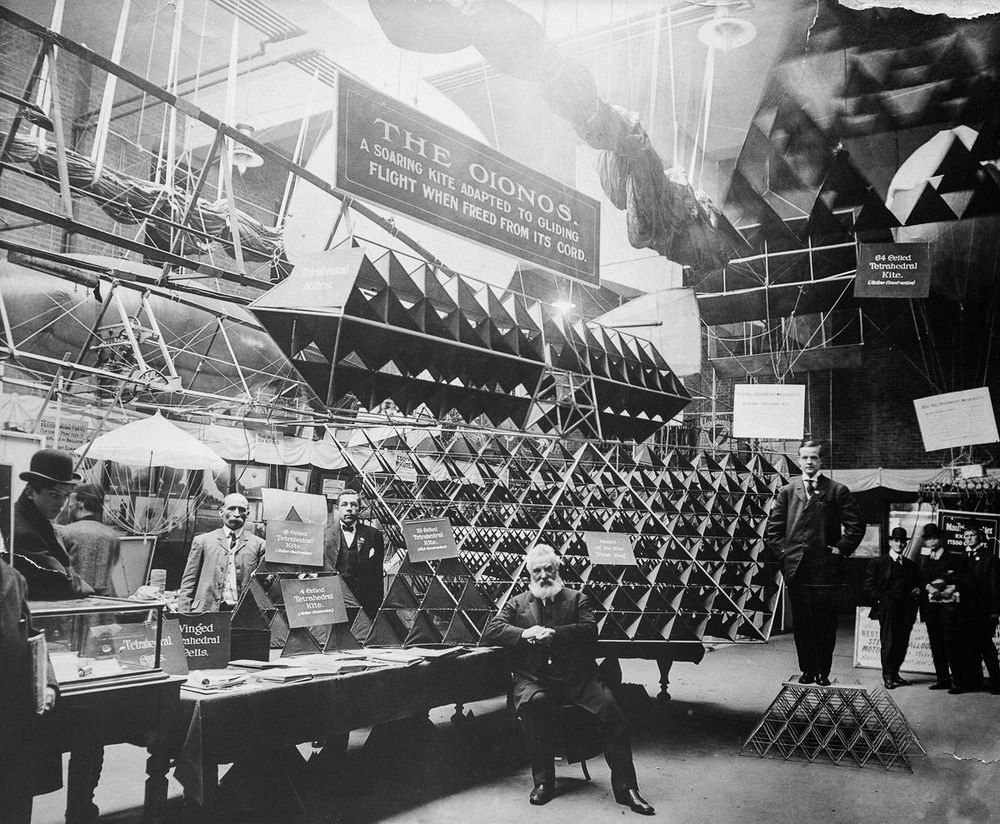 1904. Bell poses with some of his tetrahedral kites.